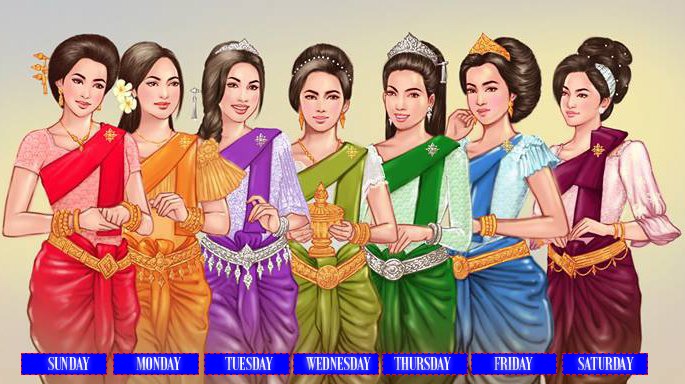 WHAT IS YOUR FAVORITE COLOR? – KHMER CLOTHING STYLE

What is your favorite color? is illustrating on the color of the day you need to ware your clothes during the weeks.

This article we will introduce the seven colors of the Khmer dress to match the seven days of the week that we are practicing this style in the current society and its meaning of using the color of clothes for the day.

The Khmer ancient women used to wear traditional clothes, such as embroidered long or short sleeve shirt with silk skirt (Khmer call Sarong), in seven colors, and the seven colors represented the seven days of the week.

THE HISTORY OF USING COLOR OF CLOTHES

According to popular tradition, as practiced by the pre-Angkorian Khmer rituals, both sexes have traditionally worn traditional clothing. The statues in the temples and ancient places in Cambodia indirectly indicate that this dress is about 2,000 years old.

Based on the website www.vokk.net published in Khmer language stated that In the Funan or Funan period, we have seen a number of myths worn the wicker skirt as the model of the Brahmins in southern India, especially the Tamil in Sri Lanka. This factor indicates the Indian source of Khmer traditional silk skirt art that the Siamese (Thailand) and Lao people borrowed from the Khmer during the century of13th and 14th CE.

It is important to note that very few people are known with Indian sources of traditional Khmer skirt from Indian by transforming from Indian culture through historical events is called Indianization because generally the level of knowledge is only in the intellectual range.

For us, it is a bit of understanding a mystery the roots of this Khmer culture that make more confuse to the world that the Khmer people have borrowed this tradition from the Siamese or Lao.

In fact, this is the confusing because they see that these two countries (Thailand and Laos) used Khmer wicker skirt and clothes and on the other hand the Khmer word or language of the word “wicker” is the same pronunciation among Khmer, Thai, and Lao word.

It is no coincidence that Khmer people of all ages often wear traditional clothes, however, there is a clear cause and reason. i.e. there is the proper code of conduct and discipline.

Please note this the handbook here refers to the rules that are passed down for new Khmer generations to watch and emulate .i.e. Keep every experience or tradition for practice in our current society and permanence life.

COLOR FOR THE DAY

As mentioned above, and based on the Khmer culture, Khmer society has an established rule and formula of kicking the skirt, and the basis of the practice of Khmer people at all levels you will find out What is your favorite color? For this reason, we find that the traditional clothing worn by Khmer men and women in ceremonies is different and each color was worn for each day of the week i.e. there are seven color of clothes that Cambodian people are dressing in the single day such as:

WHY DO WE DRESS THE CLOTHES COLOR BASED ON DAY?

With the belief that wearing one color daily can bring luck, happiness, and prosperity to the family, so it is arranged in seven colors a week:

The tradition of wearing a wicker skirt is long last since ancient time such ancient statues as evidence, but the important thing is that using the seven colors each day of the week, it’s definitely related to astronomy.

Be reminded that there are 365 days per year and divided into twelve months. There are four weeks a month and seven days per week including Monday, Tuesday, Wednesday, Thursday, Friday, Saturday and Sunday. We also know that the seven days of the week represent the seven planets, the Moon, the Mars, the Mercury and other asteroids etc.

According to astronomical research, we find that each day, the Khmer ancestors formulated a code of conduct and endeavored to interpret important issues and express their views as below:

WHEN SHOULD WE DRESS THE CLOTHES BASE ON COLOR?

The use of wicker silk skirt in Khmer society has been adapting since the ancient times, both men and women have used the wicker silk skirt, but nowadays, women use more than men in the urban and rural. From Khmer Great Empire to the current modern day, the favorite of silk skirt is still commonplace even in the early 21st century, but the trends are not as frequent as the original ones.

The main reason is the development of cultural society, that is why they now use formal gowns and silk skirt only at ceremonies, wedding party, or the official events. On the contrary, what we do not expect is the former Khmer provinces of Siam (Surin Province), South Vietnam (Moat Chrouk Province) and Lao (Attapeu Province), Cambodian women used to wear wicker skirt in everyday life.

In conclusion, Cambodians wear different colored skirts, neither for their superiority nor for their elegance and richness. The act is based on a belief in the theory of the good and bad days of the week in Khmer prediction rule or astronomical rules.

According to Khmer tradition, Monday, which is the place of the nebula or asteroids, the moon after Sunday, the yellow color is light, soft, cool, meek, lovely, and wearing a yellow wicker skirt can give a great deal of success.

Sundays, which are red color, are symbolic of the great power or horribly powerful, and the people who wore red wicker skirt and clothes on Sundays had a calming effect.

Thus, the qualities and advantage of each of the above stars or asteroids, which the ancient Khmer people considered to be gods, could have a definite effect on the fate of society.

Thanks for you read this article, we are appreciated for your constructive comments and if you have any doubt please feel free drop in the box below.

2 thoughts on “WHAT IS YOUR FAVORITE COLOR? – KHMER CLOTHING STYLE” 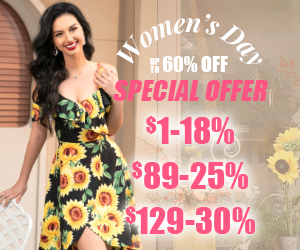